Though it is an amazing rifle, the AR 15 is not suited to every occasion.  It is quite versatile but is more specialized for medium range work at the most.  It may be capable of reaching out to 500 yards but that is generally not an effective range considering the lighter bullet.  Therefore, the best scope for AR 15 rifles should reflect more reasonable ranges.

While there are setups for the AR 15 that are capable of longer ranges, specifically those chambered in .308, we are talking about the standard 5.56mm ammunition for this article.  For that specific caliber you are likely to more success with a scout scope setup that allows the AR 15 to use its versatility to hit targets at close to medium range quickly and accurately.

Too busy to read? Here are our picks for AR 15 Scope

What Should an AR-15 Scope Be?

The most common AR 15 optics setup is a red dot of some nature.  While this is a viable optic choice, for this article we are more concerned with AR 15 scopes.  Meaning we may not want a high amount of magnification but we do want some magnification.  You can shoot an AR 15 out to its highest effective range accurately with iron sights and maybe even with some red dots but you are far more likely to score a hit with a scope setup.

I would say the maximum magnification I would want to work with on a standard AR setup would be about 9x to 10x.  Sure, you could go higher if you wanted something in more of a varmint rifle but for a tactical rifle or those for more everyday shooting, scopes pushing into the teens and twenties are far from ideal for such a light and small round.

With more reasonable magnifications, your choice of reticles in the scope is not a huge concern but I would still opt for some form of bullet drop compensation.  The 5.56mm has quite a bit of drop even at 300 yards and being able to account for that is important, especially if you want to be able to make your shots quickly.

Another benefit of lower magnifications is frequently a larger field of view.  This plays into the AR 15s strength of being able to transition and maneuver quickly.  When you use a high magnification scope, you are pinched in tight to targets at closer ranges and locating adjacent targets can be tough.  Lower magnification gives you a little more room to move, so to speak.

Some optics will even come with BDC reticles that are tailored specifically for an AR 15.  These may be the best choice when it comes to AR 15 optics or at least those with magnification. The same goes for turrets as well. If you have turret adjustments, that’s fine but not necessary and some optics will have turrets premeasured for an AR 15s bullet drop.

I would say that the number one consideration other than magnification on an AR scope would be durability. An AR 15 is a hard use rifle and should be ready to handle that abuse. Even its accessories should be as tough as you can get and able to endure any weather you may have your rifle out in.  It’s made to be mil-spec, your optic should reflect that.

Best AR 15 Scopes For The Money

If you are looking for the best damn AR 15 scope under 300 bucks, this is it by far.  Vortex Optics is a hard company to beat and nearly impossible for the money.  The quality and craftsmanship they put into each of their optics is astounding.  There are scopes that cost twice the price that I wouldn’t trade my Vortex for.

One of the most amazing things about the Strike Eagle is its optical quality.  Sure, it’s not hard to get a bright and crisp image out of a 6x scope but when you add great quality multicoated glass what you get is just about breathtaking.  I have used and own scopes costing thousands and the difference between them and Vortex is minimal.

But to be among the best scopes for an AR 15, you have to be rugged and the Strike Eagle is a winner there as well.  All of the glass is sealed in place and the whole optic is nitrogen purged.  You will never have any issues with water, dust, fog or anything else.  And it can take all the abuse you want to dish out.  Slap this on a Barrett and it will still hold zero, shot after shot.

If you are simply looking for the best AR 15 scope for the money, this is probably it.  I haven’t found anything to beat it yet.  I even have one on a Ruger All-American that is my preferred coyote scope.  It is the higher powered one though.

Nikon scopes are all quite good.  When it comes to a tactical rifle scope under 150 dollars, my pick every time would be the P-223.  Its high quality, deadly accurate, and very affordable.  It may not have a lot of power but out to 200 yards or so, it’s never a problem.

What I love about this particular Nikon AR scope is the bullet drop compensation which is perfectly suited to those 55 grain rounds we all know and love.  The reticle is perfectly tuned to give you accurate shots at 200, 400, and 600 yards with hash marks to help you get there.

This is built in to Nikon’s world famous glass that is crystal clear and uses their quite revolutionary multi-coat so you get the best image possible.  It may only be a 3x scope but images through it will pop!  Making it among the best scout scopes available.

Along with being sized perfectly for an AR 15, this scope is very robust.  The once piece tube is dry nitrogen filled to prevent moisture and fog from intruding while being rigid enough to prevent anything from becoming displaced when firing.  For an AR 15 scope under 150 bucks, this thing is a tank!

If you are on a budget but still want quality, this is a solid choice for an AR 15 optic.  You will be perfectly satisfied as long as low magnification fits with what you want your scope to do.  Most people underestimate what a 3x scope is capable of until they give one a solid run.

When it comes down to AR 15 optics under 150 bucks, options are pretty slim if you want something well-made and dependable.  Luckily Bushnell does offer a few that qualify without making any sacrifices.  Don’t be fooled by the price, this is a suburb quality scope that performs as well as many costing significantly more.

With a little more power than the Nikon, this scope offers similar features with Bushnell’s own spin.  The reticle and turrets are tuned to a .223 round and carry over well to the 5.56mm.  Out of a 16” barrel AR, I was dead on at 350 yards which is the farthest I can shoot at the local range.  But where this scope shines is in the extended eye relief which makes it great for anything from CQB out to 100 yards or so.

All Bushnell optics are very durable, waterproof, and fog proof.  They resist shock well and can take a good bit of abuse.  This is combined with glass that has made Bushnell a market leader in optics for decades.  This may only be a 1x – 4x scope but the image is amazing and even targets at 300+ yards pop out of the terrain for easy engagement.

While this may not be my first choice in optics, for the price you will not go wrong.  For a home defense rifle, this is exactly what you need and works well if you like shorter range varmint hunting as well.  Don’t be dissuaded from this optic for the lower price.  It is really a worthy consideration that will go very well with shorter barreled AR 15s.

AR 15 Scopes – Principles of Use

The scope you use for an AR 15 functions as any other scope would but for a tactical weapon, the scope serves more as a designated marksman role.  Its goal is to extend the accurate range of the weapon, not turn it into a sniper rifle.  Which would be a poor role for such a small caliber weapon.

The effective range of an AR 15 is only about 500 but in a more realistic sense, its closer to 300.  It may be able to hit 500 on a perfect day but that is a hell of a shot.  You scope should be used to make 300 yards shots quickly and effectively.  Shots to 500 yards and greater are better reserved for higher powered rifles with heavier bullets and more powerful optics.

While doing this, your scope should not drastically lower the speed in which you can change from one target to another.  That is why the red dot is such a preferred optic for the AR.  It can easily move from target to target quickly and accurately.  Unfortunately, most red dots make shooting past 100 yards or so more difficult due to their reticle size.  They just aren’t precise enough for any distance.

If you think critically about those last two paragraphs, you see the role that an scoped AR best occupies.  Ranges under 100 yards are covered effectively by red dots and those greater than 300 to 500 are better served by heavier rifles.  Its that area between 100 yards and let’s just say 400 yards that are the perfect niche for an AR with a scout scope.

The AR 15 is an outstanding platform, one that has been used effectively for almost 60 years by the U.S. military and for varying amounts of time by more militaries the world over than any other model of firearm ever created.  There are thousands of police forces that issue these weapons and millions in the hands of citizen shooters.  It is an outstanding tool that is versatile in use and incredibly reliable, accurate, and effective.

The addition of short range optics to the AR is a relatively new movement.  Some military roles saw scopes powered around 10x on AR 15s but those were very rare.  Now, many military and law enforcement units are seeing the value of optics in the range of 4x or 6x to occupy roles where more precision is needed without fully compromising the short range potential of the rifle.

This is a very effective role for the AR 15 that has caught on to shooters around the country and lead to a feverish search for the best scope for AR 15 platforms.  We have narrowed down the possibilities to some of the best options no matter your budget.  If you can’t find an optic that suits you here, you may not find one anywhere.

I have been an avid outdoorsman all my life. I have hunted and fished most of the Eastern United States for over three decades. During my tenure as a hunter, I have taken most every North American game animal with either a rifle or bow.

Smaller game animals I have taken too many to count. I hunt duck, rabbit, dove, and squirrel every season and take a number of coyote each year which are open season in my area. I greatly miss the quail seasons of my youth but they have all but disappeared across the regions that I commonly hunt. 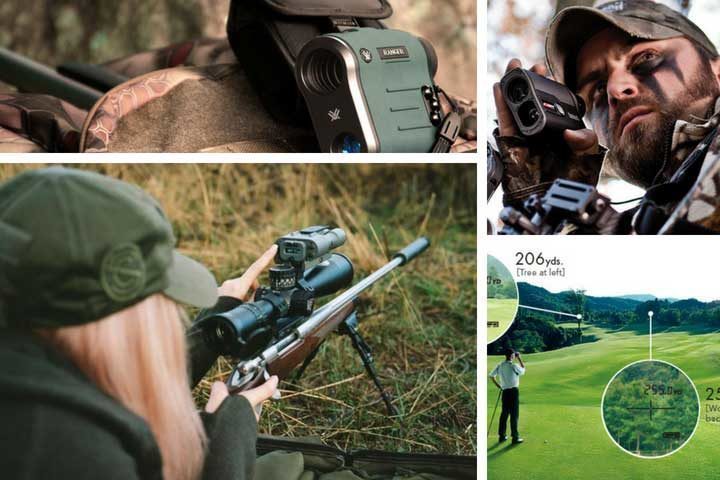 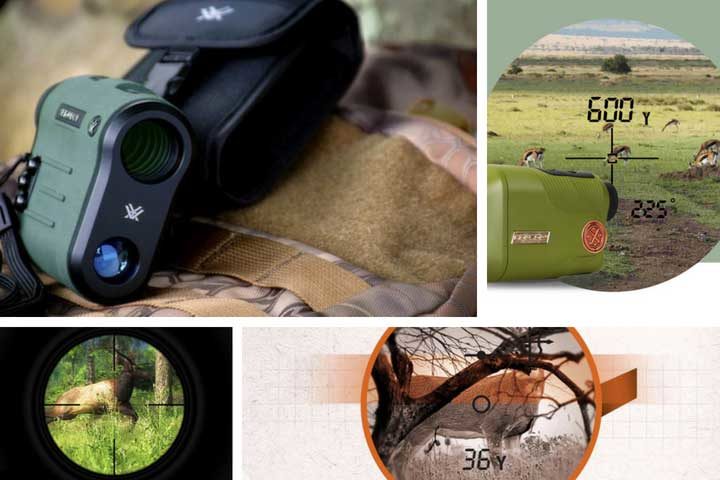 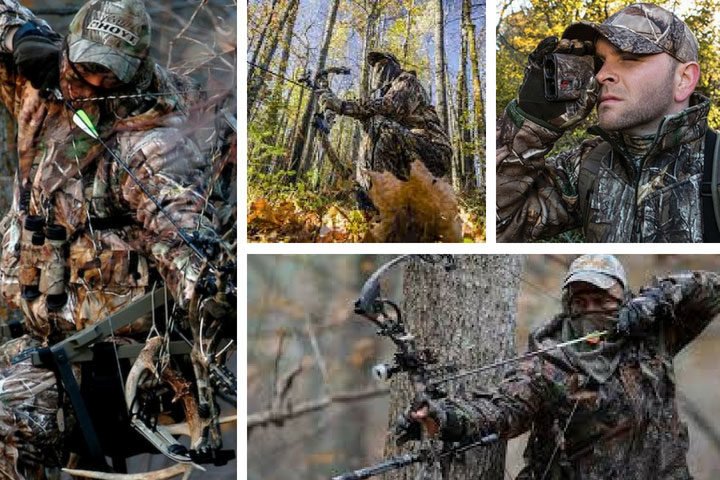 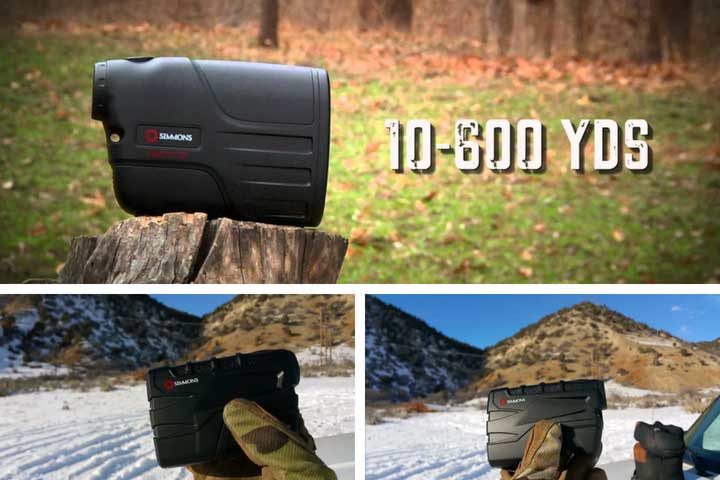 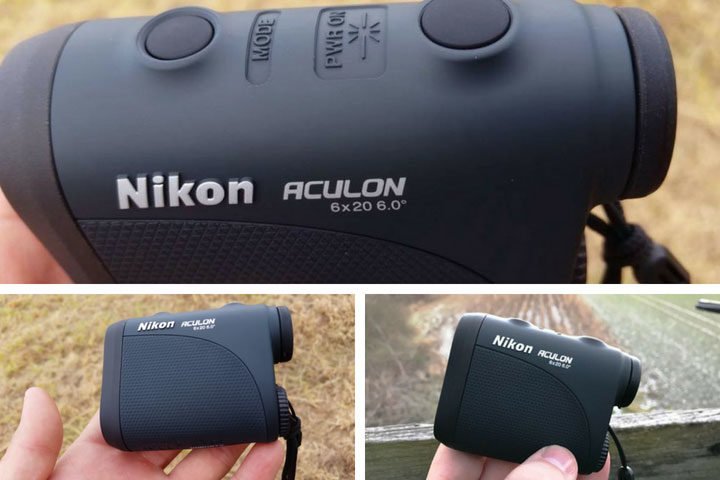 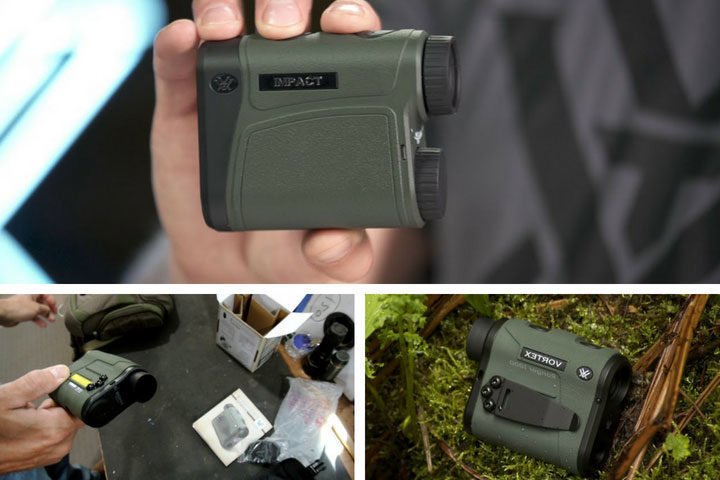 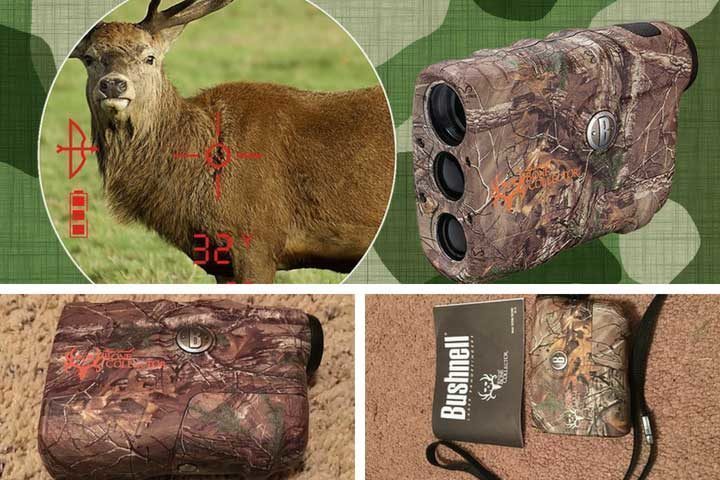 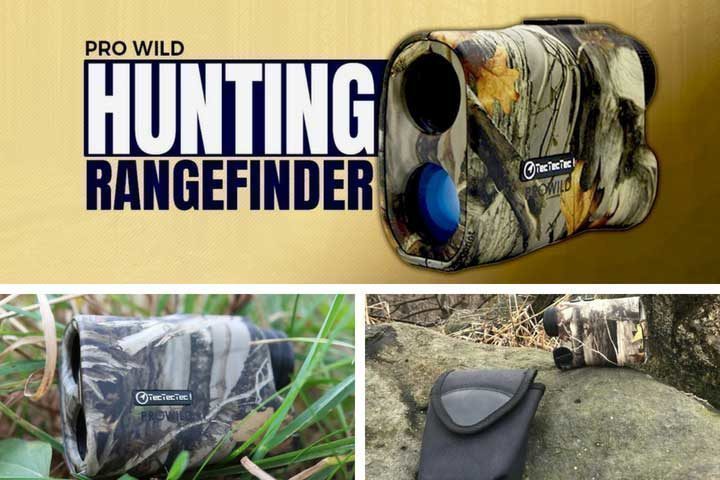 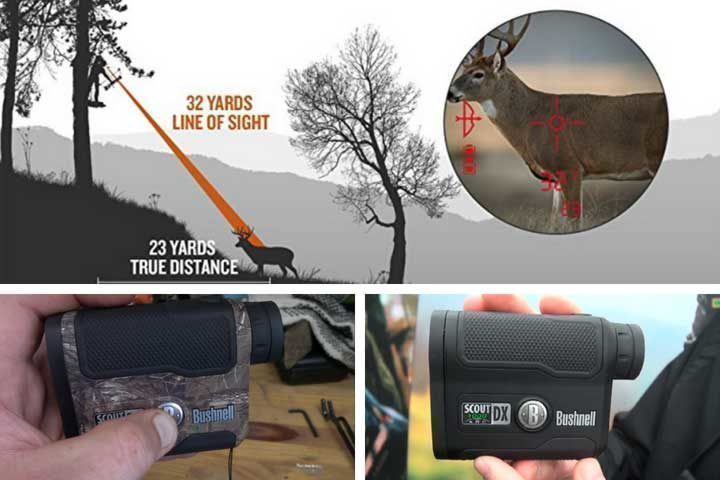 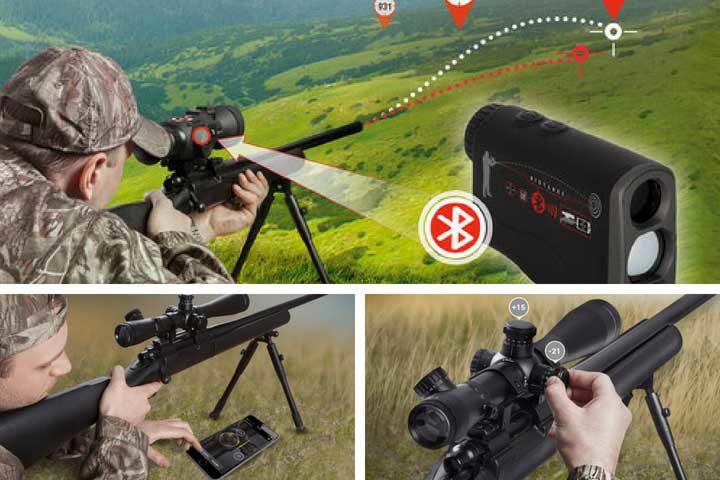 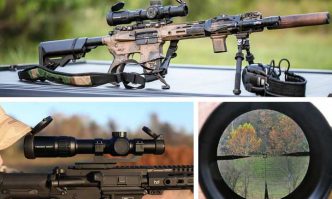 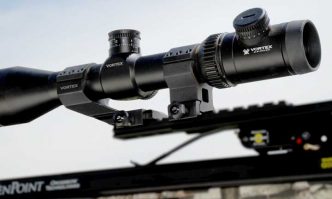 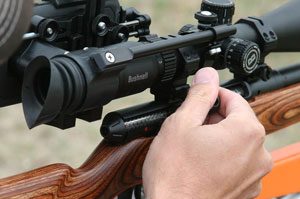 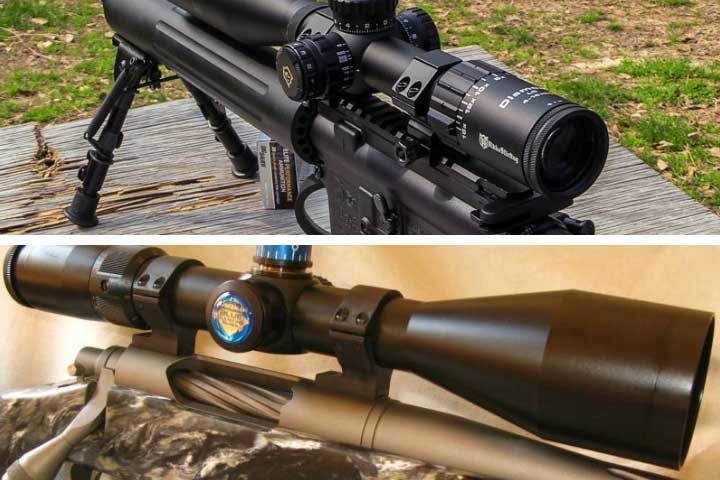 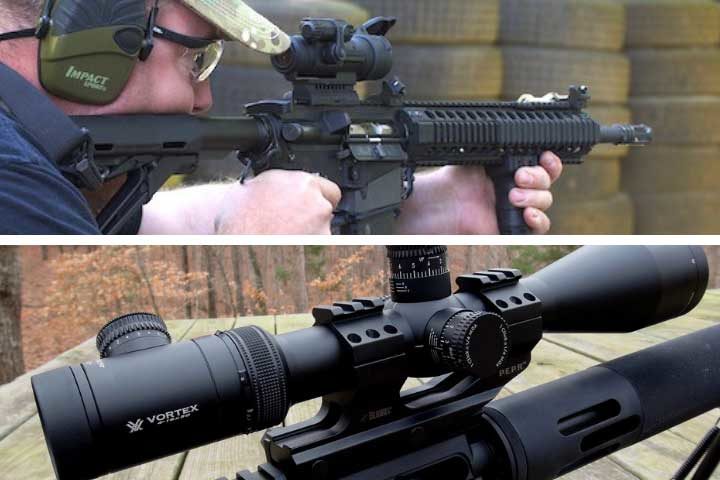 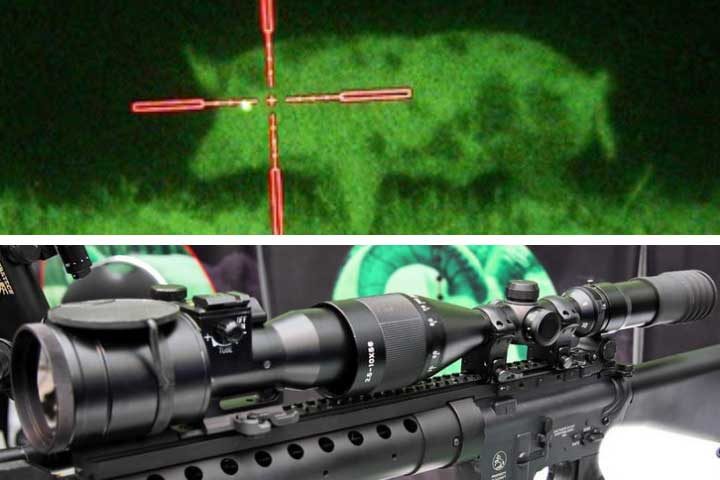 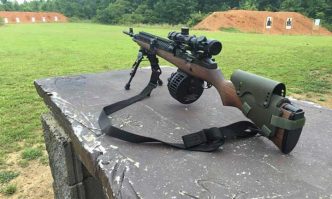 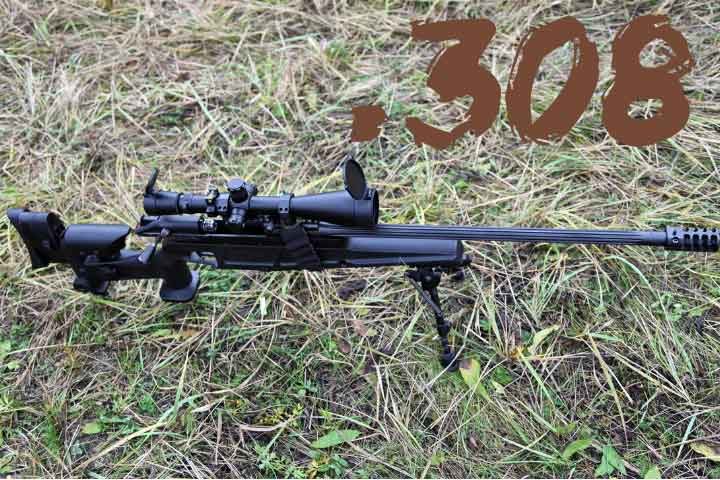 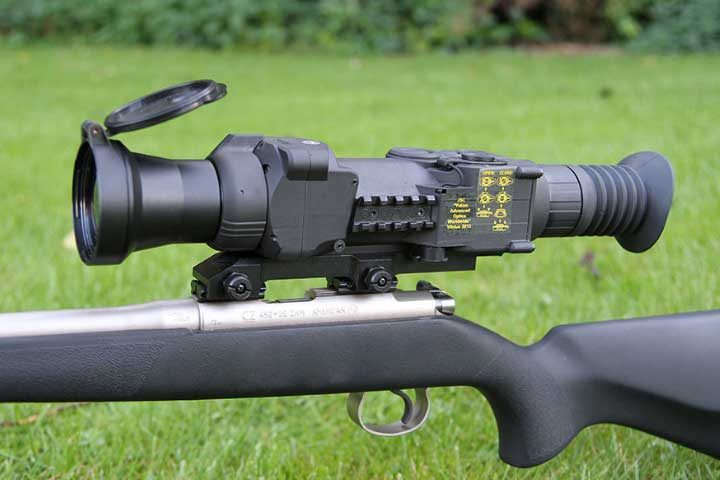 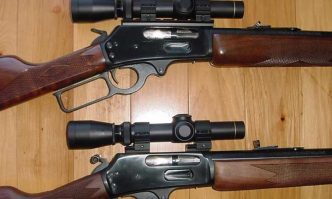 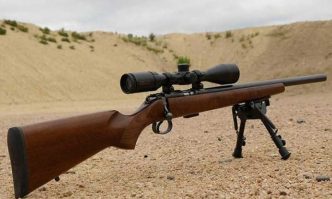 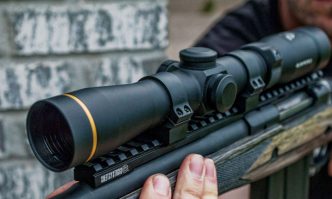 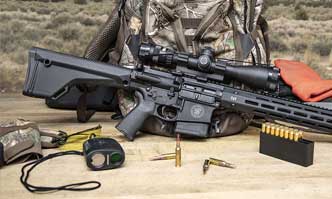 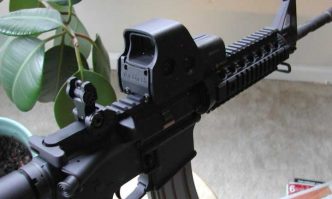 Rangefindertoday.com is a participant in the Amazon Services LLC Associates Program, an affiliate advertising program designed to provide a means for sites to earn advertising fees by advertising and linking to Amazon.com. Amazon and the Amazon logo are trademarks of Amazon.com, Inc., or its affiliates. Additionally, Rangefindertoday.com participates in various other affiliate programs, and we sometimes get a commission through purchases made through our links. We do not specifically market to children under 13.

No content or information on this site may be copied or syndicated in any medium without express written consent.

All trademarks, logos and brand names shown on this website are the sole property of their respective companies and manufacturers and are not owned by Rangefindertoday.com.