Anyone who tells you bow hunting is easy is flat out lying.  From the time you start your scouting in midsummer until the rut in late fall, there are going to be challenges.  If you are looking to up your game, we have some bowhunting tips to balance the odds in your favor.

You will still have to do your part, all the way from scouting to taking the shot.  Bowhunting isn’t for the unmotivated hunter.  But if you are willing to get down in the dirt and do it right, we will set you on the right track.

What We Will Cover

Scouting is a science.  If done wrong, it can hurt more than it can help.  What you want to do is find the deer without spooking them.  It’s no good to know where deer are if you startle them into jumping ship and heading to a new site.

The first step in scouting is knowing the area where you will be hunting and having a good idea of how the deer will move within that area.  Starting with 3D mapping software like Google Earth is a great idea.  You can also download free topographic maps from the USGS Topoview service.

I treat this like I am planning a war.  I want to get an idea of about where deer will stay, the paths they will take when moving, and where they are heading to.  In early planning, it’s just to get an idea.  You will need boots on the ground to confirm deer activity.  Until then, look for likely paths of least resistance, choke points, and possible watering sources.

Once you have a good idea of locations, hit the field and check things out.

Use trail cameras extensively in your hunting area and use as many as you can reasonably get away with. Get an early start in mid-summer and be persistent.  Don’t just hang your cameras and forget about them until the week before the season.  The idea is not to find a big buck on one camera but to find a trend of buck behavior.

Early in the scouting season, I may check my cameras more frequently but as the season moves on, leave the cameras be.  You want the deer to get acclimated to your presence but not enough to make the edge.

I pull all my cameras a couple of weeks before the start of the season.  At this point, I want the deer to forget I was ever there.  I don’t want them wary or spooked and I want them on their normal behavior.

Most deer are taken to and from their food source.  In early season this will be grains as much as they can get them but if you move into later months, keep an eye on late acorn crops.  Deer seem to prize acorns over most other foods and a rich crop will bring in the deer.  Mark some oak trees on your map and keep an eye on them.

Finding areas of sanctuary and bedding sites should be the cornerstone of your hunting game.  If you do find one, never scout into or place cameras in either type of site.  If you scare deer of their bed, they may leave completely.  Keep your distance and look for the paths they are traveling to and from their sleeping area.

This is a basic overview of a few tips that can help out during deer season and in no way a complete guide to deer hunting.  It presumes you know the basics of the hunt and how to use your equipment.  If you don’t, join a local hunting club or find an experienced hunter to take you under his wing.

As I said, nothing in bow hunting is easy and it takes time to get good. These simple bowhunting tips will give you an advantage over most hunters but it will not make you a good hunter on its own.  In the end, the two best teachers are experience and the deer themselves. 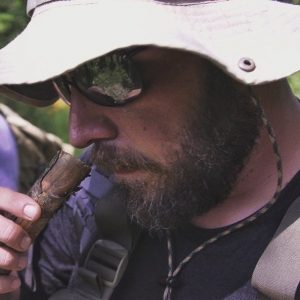 I have been an avid outdoorsman all my life. I have hunted and fished most of the Eastern United States for over three decades. During my tenure as a hunter, I have taken most every North American game animal with either a rifle or bow.Smaller game animals I have taken too many to count. I hunt duck, rabbit, dove, and squirrel every season and take a number of coyote each year which are open season in my area. I greatly miss the quail seasons of my youth but they have all but disappeared across the regions that I commonly hunt.